The Super Bowl and the Stock Market

Did you watch the Super Bowl last month? If you did, you were treated to a thrilling offensive contest that left the winner in doubt until the final seconds had ticked off the clock. 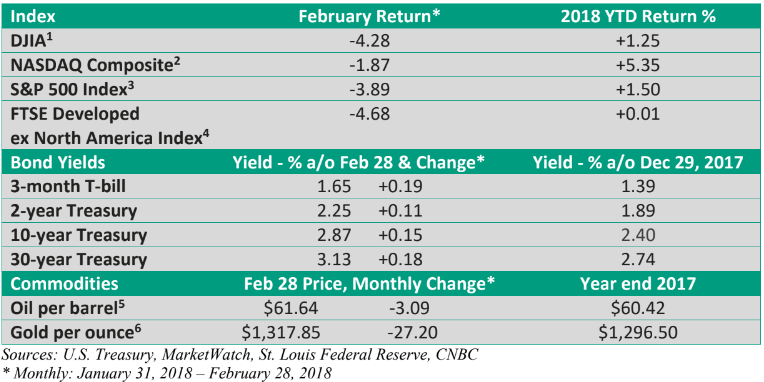 What may have been the deciding play in the game – a late fourth quarter assault by a Philadelphia Eagles defensive lineman, who managed to strip the ball from New England quarterback Tom Brady. In a game practically devoid of sacks, it proved to be a costly turnover, and one that came without warning.

The same can be said of the drop in the S&P 500 Index, which accumulated in a 10% decline in just nine-short trading days (St. Louis Federal Reserve). We know volatility is always possible. It’s something I explicitly alluded to in last month’s update—

Like Brady’s fumble, timing such an event is practically impossible.

The initial selloff can likely be tied to an uptick in Treasury bond yields. But the selloff was exacerbated by computer-program trading AND complex trades that were highly leveraged and tied to investment products, which rise when market volatility is low.

Few understand the intricacies of these products (and risks), but regulators are reportedly investigating them, according to Bloomberg News.

The so-called “volatility trade” appears to have unwound, but, against the backdrop of economic momentum and modest inflation concerns, investors are turning their attention to interest rates and bond yields. Note: interest rates tend to rise when economic growth is stronger and/or inflation worries surface.

Past performance is not a guarantee of future performance, but what has occurred is the past is worthy of review as it may be used as an educational guide.

Conventional wisdom suggests rising interest rates are bad for stocks, because it decreases the relative attractiveness of equities. In other words, a rise in interest rates may siphon some funds away from stocks.

As Figure 1 highlights, on average, stocks have risen in both rising and falling rate environments, but rising yields on the 10-year Treasury bond have, on average, reduced gains. 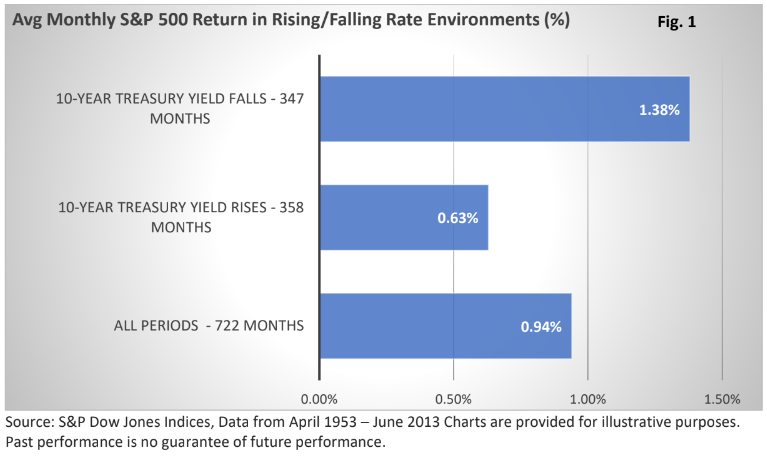 Longer term, growth in corporate profits is a strong underlying support for stocks, helping to offset headwinds from rising yields, at least in most cases – see Figure 2. 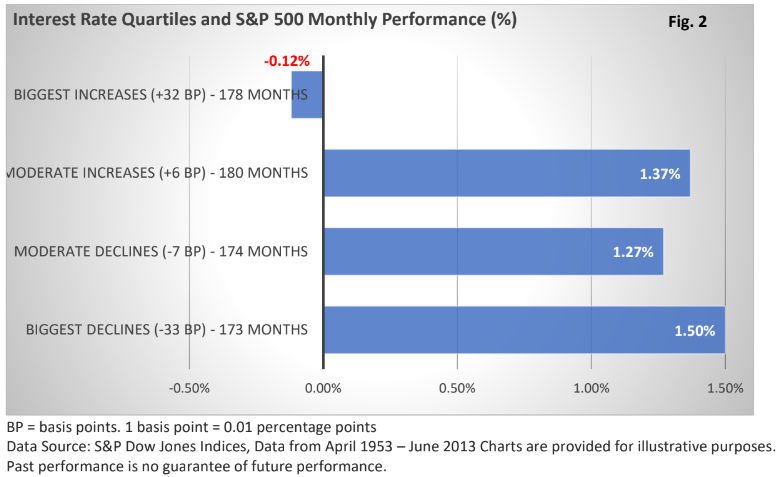 While we can never discount the possibility that rising rates, or other factors, might fuel shorter-term volatility, with the exception of steep rate increases, 60 years of data suggest that, on average, rising yields have not prevented longer-term stock market gains, as economic growth lent support to profit growth.